I’m traveling today to Las Vegas for the in-person CES 2023. I’ll be joining with an expected 100,000 or so other retailers, journalists, and members of the consumer electronics industry.

After two years of almost pointless virtual shows, I’m excited to get my eyes and hands on real devices. It’s hard to tell a useful gadget from vaporware on a computer screen, and even harder to check out a new display technology when you’re looking at it on an old display technology!

I’m expecting to see AI in places both useful and silly, attempts to make a killer app for the metaverse (likely not quite killer just yet), and TVs with new features that manufacturers hope will get consumers to trade up from their existing sets. I’m booked to see some under-the-hood technologies that their developers hope will make it into consumer products soon. And I hope to find out more about the coming over-the-counter hearing aids, the use of radar technology in consumer products, and devices (beyond new iPhones) that will boast built-in satellite connections.

But, as always, the highlight of CES for me is the hidden treasure— a gadget I didn’t know I needed, but is clever, well-designed, and solves a real-world problem. I’ll be hunting for those on the show floor, in booths big and small. And I will be looking for the gadgets on the other end of that spectrum of utility, as in, “This problem really isn’t looking for a tech solution.” (Visiting PreLaunch’s new “Gallery of Flops” is definitely on my agenda.)

I’ve already started my hunt, via the press releases that have been inundating my email inbox for the past month or so. Hinting at a trend, many of these are health-related; perhaps no surprise given that we’re coming out of a pandemic with a renewed focus on our health.

In no particular order, here are a few of the gadgets I’m planning to check out in person. At this point, little pricing information is available; I’ll add it as it emerges.

Somalytics claims its paper-based, carbon-nanotube sensors, developed by University of Washington researchers in collaboration with CoMotion, can detect the presence of human tissue up to 20 centimeters away. At CES, Hyundai will be using the technology to demonstrate a gesture-controlled door handle. The technology will also appear in the SomaSleep mask, in which the sensors track eye movements.

You have to love Displace’s concept—a lightweight, fully wireless, 55-inch TV that sticks on the wall using built-in vacuum mounts. Who hasn’t wished they could install their flatscreen without worrying about cables, mounts, or electrical outlets? The Displace TV is controlled via gesture, touch, or voice, and up to four screens can be snapped together to form a giant display. There is a separate hub that must be plugged in somewhere within the home. I’m just not quite sure if the plan to power the gadget via hot swappable rechargeable batteries is too much of a kludge, though the company says the TV averages a month of battery life when used for about six hours a day.

A reusable breath test for Covid, RSV, and the Flu

We’ve been waiting for this one for a while—a breath test for covid and other viruses. Opteeve Technologies says its ViraWarn does it all. Those claims have yet to be verified, and the company indicates that clinical trials are ongoing. But I definitely want to check it out. The device uses cartridges that only need to be changed after a positive test or a couple of weeks of daily use and is designed to give results within 60 seconds.

A phone dongle that takes the itch out of insect bites

Heat It has a simple (and, hopefully, inexpensive) gadget that plugs into a smartphone’s charging port when needed to zap away an itch or sting from an insect bite using heat. The company says it’s already sold 250,000 in Europe; CES is its U.S. launch. The idea is valid, as heat has been shown to stop an itch. The gadget is small enough to add to a keychain and will come in Android and iPhone versions.

I have friends who struggle with essential tremors that can impact their ability to speak, so Whispp’s speech technology got my attention. The company says its mobile app converts whispered speech, vocal-cord impaired speech, and severe stutters into a person’s natural voice in real time. 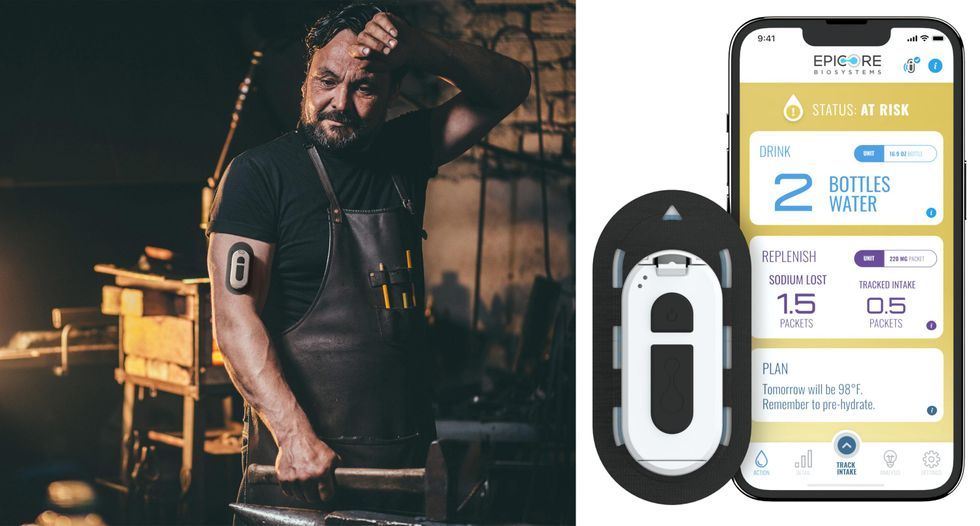 A sweat-monitoring wearable with a dehydration alarm

I’ve been trackingEpicore Biosystems for some time. The company spun out of John Rogers’ research group at Northwestern University, and has focused on flexible, wearable, sensors. Most recently, they’ve been tracking sweat. The company’s first sweat-monitoring patch, the Gx, used microfluidics and color-changing chemicals, along with an app, to monitor hydration and was aimed at athletes. Now Epicore is introducing Connected Hydration, an electronic wearable that senses sweat and electrolyte loss, skin temperature, and motion, and gives dehydration alarms. The company says it is targeting this device at people working in harsh conditions, athletes grappling with extreme heat, and people living through severe heat waves. It claims a two-and-a-half-year battery life with no recharging.

Checking vital signs with a selfie

Biometric IDs for cats and dogs

At first glance, Petnow’s plan to establish a pet identification system using biometrics seemed a bit silly. But the under-the-skin invasiveness of the RFID pet identification system and the requirement of an animal clinic visit to get a chip inserted provokes resistance in some pet owners. Petnow aims to use nose prints for dogs and facial recognition for cats as identification methods, with scans done by pet owners using a mobile phone. It’s a long way from developing the tools that capture biometric data to creating a database of pets that’s widespread enough to be useful, but I wish the company luck.

Power has been an ongoing issue with the Internet of Things. Although low-powered devices eek long lives out of batteries, batteries don’t last forever. Dracula Technologies says its extremely thin, organic photovoltaic LAYER device can generate electricity in extremely low light—a level comparable to that emitted by an emergency exit sign. And it can be produced in any shape, eliminating the design constraints created by batteries. 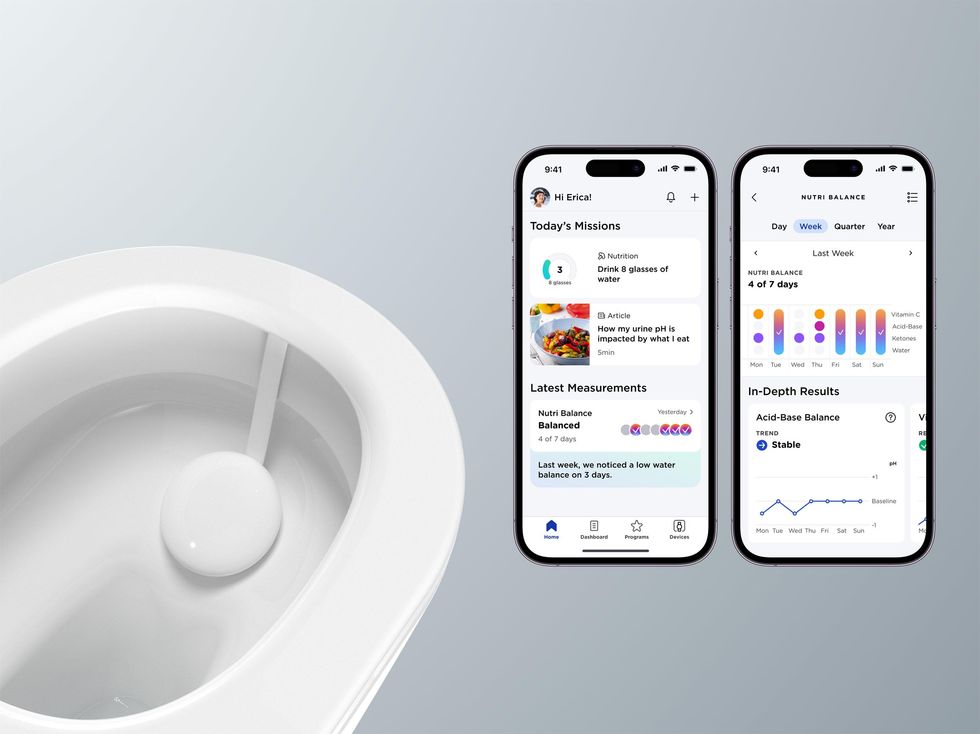 Withings, the company that pioneered the internet-connected home scale in 2009, is aiming to get another gadget into the bathroom with its in-toilet, pebble shaped, urinalysis device. The company will sell cartridges intended to monitor specific health conditions. The first two will cover general metabolism and menstrual tracking, and cartridges to track other medical conditions are on deck.

From Your Site Articles

Related Articles Around the Web

Why The Future of Lateral Flow Testing is Digital

Why The Future of Lateral Flow Testing is Digital