The best OnePlus phones in 2023

OnePlus started with an intriguing idea: design a smartphone that combines flagship quality and features at a lower price than competing phones from companies like Samsung, Apple, and Google. Its goal is to enhance the customer experience in everyday use without adding a hefty price tag. That price tag may have crept upwards over the years, but so has the quality of OnePlus’ smartphones, and now the manufacturer can easily claim it stands toe to toe with the greats.

OnePlus segments its offerings into two categories, and as you might expect, the more expensive flagships pack the best features. The alternate OnePlus Nord devices are designed as budget models, so prices are lower and features are pared down — but they’re still generally excellent smartphones. OnePlus used to release flagships twice a year: a main flagship in the spring and a T version of the same phone in the fall. But recently, that schedule has become somewhat erratic.

Note some OnePlus phone models may be sold only in Europe and India while not specifically sold in the U.S. Even so, buyers in North America do have the option of purchasing or importing most OnePlus models from Amazon or the OnePlus website.

At 8.6mm thick and 200 grams, the OnePlus 10 Pro is an easy-to-live-with, pocketable smartphone with dimensions that reflect its superior build quality and materials. With Gorilla Glass Victus on the screen, paired with Gorilla Glass 5 on the back, both glass modules are joined via a metal chassis that feels and looks great. The top OnePlus 10 Pro has 12GB RAM and 256GB of storage space alongside a Qualcomm Snapdragon 8 Gen 1 processor. An 8GB RAM, 128GB storage model is also available if you want to save a bit of money.

The second generation of Hasselblad Camera for Mobile software accompanies a 48-megapixel main camera, a 50MP wide-angle camera with a 110-degree field of view, and an 8MP telephoto for a 3.3x optical zoom. It also offers a 150-degree wide-angle camera mode. Ultimately, this combination offers strong images, and Hasselblad’s expertise can really be felt in some areas of the app. Stills are balanced but still pop. The other lenses are a more mixed bag, with some issues with noise. The OnePlus 10 Pro camera can’t compete with the likes of the iPhone 14 Pro, but it is still a lot of fun to shoot with.

The OnePlus 10 Pro’s battery lasts a day and a half with a full charge and moderate use. After just 15 minutes on the fast charger starting at 40%, the battery rebounds to almost 100%, and OnePlus claims it’ll only take 30 minutes for a completely full recharge.

The OnePlus 10 Pro started at $899 when it launched, but has since seen a price drop to $799 — making it an even more attractive proposition. OnePlus really pulled out all the stops for the OnePlus 10 Pro, and it’s where you should start when looking for the best OnePlus phone. 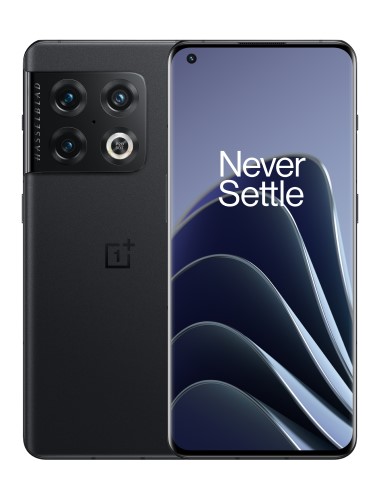 The OnePlus 10T isn’t our favorite OnePlus phone by any metrics, but it is a OnePlus phone with a few special features, which may attract those willing to look past the problems.

We’ll cover those elements first. The OnePlus 10T is the first OnePlus phone to contain the Qualcomm Snapdragon 8+ Gen 1 processor, and this superb chip devours any number of games and apps. It’ll handle the latest and most demanding games with no problems, and when paired with 16GB of RAM, make an exceptionally powerful smartphone. Sure, it’s not a massive upgrade over the 8 Gen 1 in the OnePlus 10 Pro, but it is definitely an upgrade.

Second is the incredible charging speed. The OnePlus 10T is the fastest-charging phone currently available in the U.S., by a good margin. Run the 4,800mAh battery completely flat, and the 125W charging will take it back up to full in about 20 minutes. That’s about a single episode of The Simpsons, which is just staggering. The battery lasts a decent amount of time, roughly a day and a half with normal use. Gaming does knock the battery down a fair amount though, so keep an eye on that.

The rest of the phone isn’t quite so cutting-edge. The body is made from plastic, which isn’t really acceptable in a $650 phone. It’s a good-looking design, which helps a bit, but it’s still not great when the phone feels so cheap. OnePlus has also removed the alert slider in order to make more room inside the phone. This was one of OnePlus’ more unique features, and it looks like it’s already coming back with the OnePlus 11.

There’s a triple-lens camera on the back, but the 2MP macro lens isn’t really worth considering, so really, it’s a dual-lens camera. The 50MP main camera is good enough, taking nice pictures on bright, sunny days. Drop the lights, though, and quality suffers. The 8MP wide-angle lens is disappointing, offering washed-out photos. It’s the same setup as in the Nord 2T, and what’s acceptable in a cheaper phone is less palatable in a more expensive device.

The OnePlus 10T is available in the U.S. for $650, but it’s only really worth buying if you desperately want to experience super-super-fast charging and the Snapdragon 8+ Gen 1. 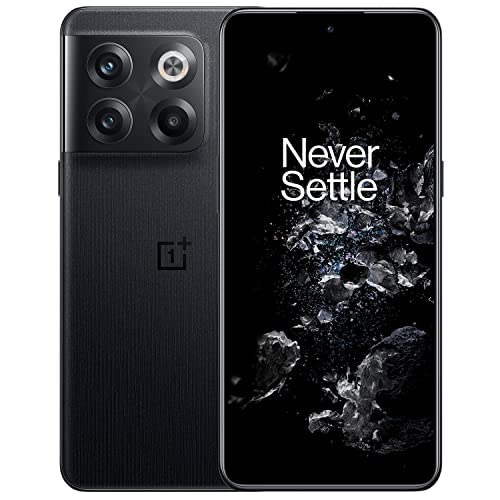 The OnePlus Nord 2T — with a body 8.2mm thick and weighing 190 grams — is solidly built with quality materials, especially the use of Gorilla Glass over the screen and for the back panel. However, it is rather dull, and this detracts from the experience. It’s basically screaming out for a case, which OnePlus helpfully provides.

Performance is derived from the new MediaTek Dimensity 1300 platform, which brings greater AI image processing for low-light photos and when shooting HDR video. In real use, it’s a good performer, and handles our usual demanding games like Asphalt 9: Legends well. It also has a 90Hz refresh rate, which is always very welcome. Oxygen OS is still good, but it’s certainly bloated these days, and we had some software problems with notifications that may be linked to the phone’s aggressive power management.

Inside the camera module sits a 50MP Sony IMX766 camera with optical image stabilization (OIS), an f/1.8 aperture, an 8MP wide-angle camera with a 120-degree field of view and electronic image stabilization (EIS), and a 2MP monochrome camera. It records video up to 4K at 30 frames per second, while up front is a 32MP selfie camera. The results are good but can be a little washed out. It’s a solid camera for the price, though, and we have few real complaints about it.

The OnePlus Nord 2T comes with an 80W SuperVOOC fast charger. Its 4,500mAh battery hits 70% in 15 minutes and full capacity in 25 minutes. The battery runs for two days with average use.

In addition to the U.K., the Nord 2T is sold across Europe, but not in the U.S., though it can be found through imports. 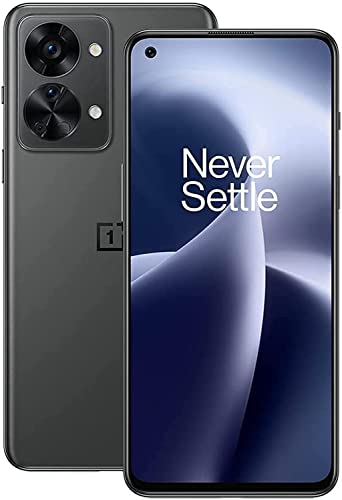 The OnePlus Nord CE 2 5G — made entirely of plastic — is nonetheless pretty to look at and light by modern phone standards at a comfortable 173 grams, 73mm width, and 7.8mm thickness. A 6.43-inch AMOLED screen with a 90Hz refresh rate is the face of the Nord CE 2 5G, with Gorilla Glass 5 over the top. The MediaTek Dimensity 900 processor powers the phone, paired with 8GB of RAM and 128GB storage space.

Android 11 with OxygenOS 11 installed on the phone at launch puts it behind competing phones that have already had an update to Android 12. However, the software performance remains snappy, so it’s still a strong pick.

You get a 64MP main camera with an f/1.7 aperture and electronic image stabilization (EIS), an 8MP wide-angle camera with a 119-degree field of view, and a 2MP macro camera. The selfie camera is 16MP. It includes a night mode, a macro mode, a full-resolution 64MP mode, and the ability to shoot 4K video at 30 frames per second. There’s an AI Mode that adds scene recognition and boosts visual images as well.

The 4,500mAh capacity battery lasts for two days of hard use before needing a recharge. The 65-watt SuperVOOC fast-charging system propels the battery from under 5% to 100% in under 35 minutes. 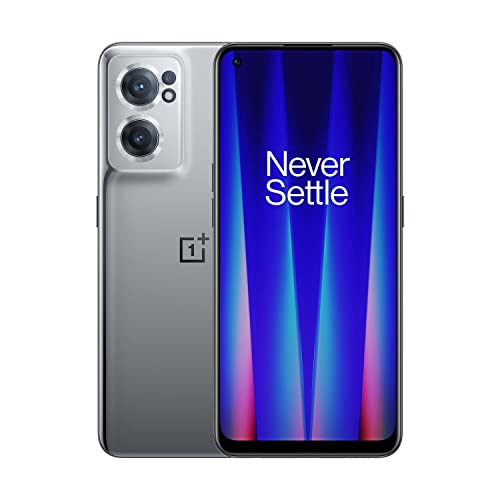 For customers in the U.S., the OnePlus Nord N20 5G is directly available for the American market.

It’s made of polycarbonate with a matte finish that does not show fingerprints. The phone is extremely thin at just 7.5mm with a solid squared-off build. The phone has a beautiful 6.43-inch AMOLED screen with great viewing angles and an FHD+ panel with an aspect ratio of 20:9. It features a Qualcomm Snapdragon 695 processor, 6GB of RAM, and 128GB of storage, expandable up to 512GB via a microSD card. It ships with Android 11 with one year of operating system upgrades and three years of security updates.

The main camera is 64MP with an f/1.79 aperture, a 2MP macro lens, and a 2MP monochrome lens. Video capture tops out at 1080p at 30 fps. On the front, there’s a single 16MP, f/2.4 lens. Sadly, the cameras are inferior. At night, the camera is nearly unusable, though the macro lens can take some decent shots.

Battery life is good, and with light use, you could squeeze two days out of it. With 33W of charging power, we observed about 2% charge rate per minute until about 75%, with the last 20% clocking 25 minutes.

Read our hands on review here. 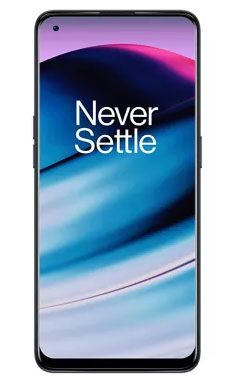 OnePlus’ naming convention may have gone slightly off the rails, but don’t let a confusing name stop you from buying a great value smartphone. The OnePlus Nord N300 5G is a good phone with a lot to offer, especially at this price. While it has some downsides, it’s still worth a look when shopping in the $200 range.

As you might expect for this price, the Nord N300 is made from plastic. It’s a nice feeling plastic, though, with a texture that makes it nice to hold. It has a slight shimmer, too, which means it looks at bit like aluminum from a distance. The display is a 6.56-inch IPS LCD screen that tops out at 1612 x 720 pixels. That’s quite low for a display this size, but it also comes with a 90Hz refresh rate, which is a solid addition at this price, especially when you consider the iPhone 14 still only has a 60Hz refresh rate.

Performance is solid, but don’t expect to play demanding games without a little bit of struggle. The N300 handled Genshin Impact and Diablo Immortal, but we did need to tone down the graphical options in order to run them smoothly. A slight annoyance is that while the phone comes with Android 13 — the latest Android update — it won’t be progressing past that. That’s a disappointment, as it severely impacts the phone’s potential lifespan.

The OnePlus Nord N300 technically has a dual-lens system on the back, but the additional 2MP lens isn’t really up to much. It’s basically just there to assist with depth and focus and is more-or-less a throwback to the original dual-lens camera systems a few years ago. Instead, the meat is in the main 48MP lens. In use, it’s fine. It struggles to match real-life colors and impact, and obviously it’s no match for the best camera phones out there, but for a budget camera phone, the N300 does just fine.

But what you lose on the swings, you gain on the roundabouts: The OnePlus Nord N300 has a great battery. The 5,000mAh cell managed two days between charges (though heavy use might impact this, especially with gaming), and it comes with a 33W fast charging cable and charger in the box. So it should last a good time between charges, and doesn’t take a long time to refill at all. That’s a pretty good slam dunk, in our estimations.

The OnePlus Nord N300 5G is currently only available in the U.S., and only through T-Mobile and Metro. However, the cost of just $228 makes it a tasty morsel indeed, as long as you can live with the downsides of a rubbish display resolution and so-so camera.

Farewell to 3G – The Verge

Farewell to 3G - The Verge